Buildings that Stand the Test of Time

In our fast-paced and ever changing culture we seldom have the luxury of making choices based on a long track record of success.  This becomes quickly apparent in choosing building products. I recently called a major manufacturer to find out what was in a new product developed to prevent mold growth on framing lumber. I wanted to avoid the use of biocides for this chemically sensitive client. The rep said with great pride that the product had now been out for six months and that they hadn’t received even one warranty complaint! Building Biology advises us to evaluate the history of use when choosing building materials. The appropriate test of time though, is not six months but decades and centuries! 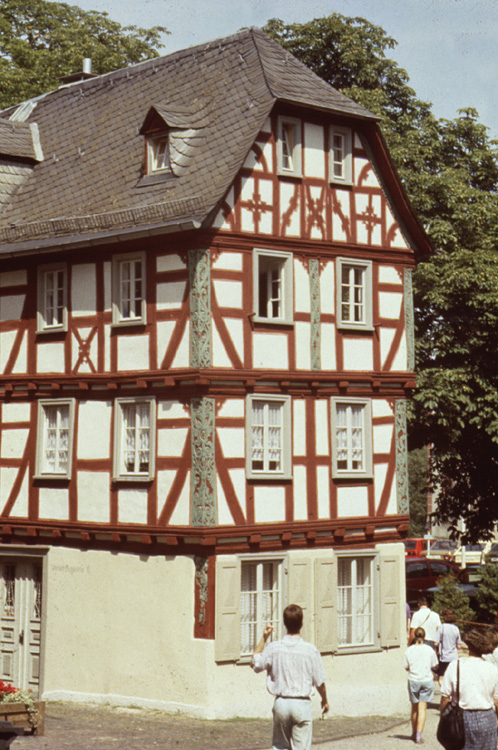 In the brief history of building with petrochemical-based products, centrally produced by a handful of very powerful corporations, we must often put our trust in new products expecting them to do what the manufacturers have claimed they will do. Time-accelerated lab testing can help us to project how a material may behave over time but it is not an exact science and nothing can surpass the real test of time.

New “smarter” products for building our homes are being invented all the time and while advertising campaigns continually grind out tantalizing lists benefits for the latest and greatest, the manufacturers are silent about the millions of homes that were built on yesterday’s promises…those products that failed to become the “super endurables” they were initially advertised to be…….waterproofing materials that have been conveniently re-named “water resistant”, construction tapes that lose their “stick” over time,  foams that get tunneled by insects, insulations that shrink away, products that leach chemicals, and so-called harmless chemicals that are found to be harmful.

In contrast the pre-industrialized buildings that populate the old world, intact and serving for centuries, are the bi-product of thousands of years of building evolution that preceded them. They represent holistic systems that were perfected for their local climate, from their local resources and by their local craftsmen. They are made of natural non-proprietary materials and they have successfully weathered the test of time. They embody the principles of sustainability by their very nature. This valuable heritage of accumulated wisdom is little understood or acknowledged in current North American building and it has become the precious baby that got thrown out in the bathwaters of industrialized building assembly.

Many of us who have embraced natural building have found that, contrary to what manufacturing interests would have us believe, we can not only use time-tested materials and traditional craftsmanship to build our homes, we can create enduring spaces that nurture us, nurture the environment and serve our modern lifestyles well. We can still build buildings that will pass the test of time, learning from the past and caring for the future.